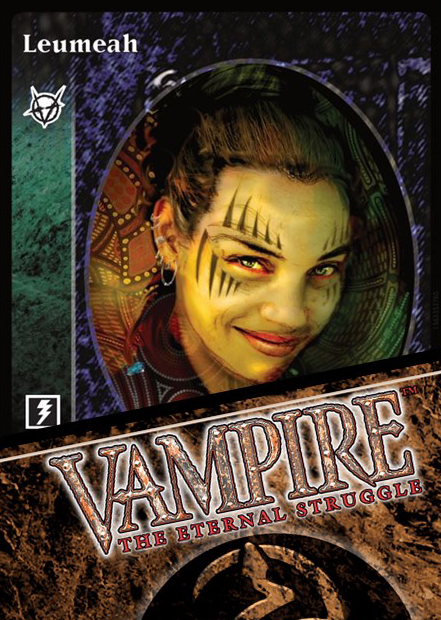 Greetings fellow Methuselahs
Cold autumn winds chill my old bones, and I huddle in my coffin and order my chief ghoul to microwave yet another cup of cardamom-flavoured type O. What has happened this moon cycle, you wonder? Not much I´d say, as I am getting numb of age. I know some who call themselves “players” would disagree, and insist they live in exciting times, with “more activitity than ever”. No, it is all the same. The Eternal Struggle rages on. All is as it should be … 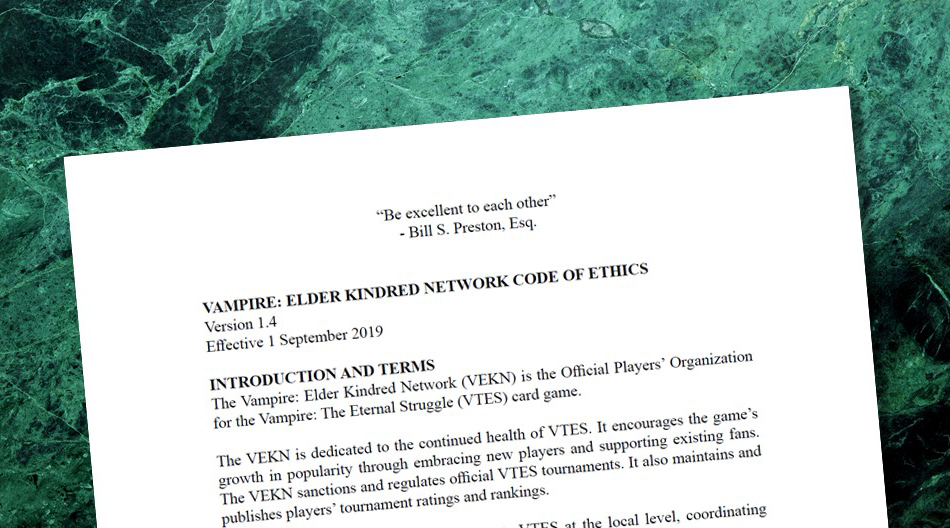 REMINDER: VEKN NOW HAVE A CODE OF ETHICS
We recommend all members, especially tournament organizers, to read and re-read the new Vampire: Elder Kindred Network Code of Ethics, published on September 9. Created by the VEKN Inner Circle together with VEKN National Coordinators, the document is foremost a guide to help all involved parties to look after each other and be respectful of each other's differences. Keep it in mind! 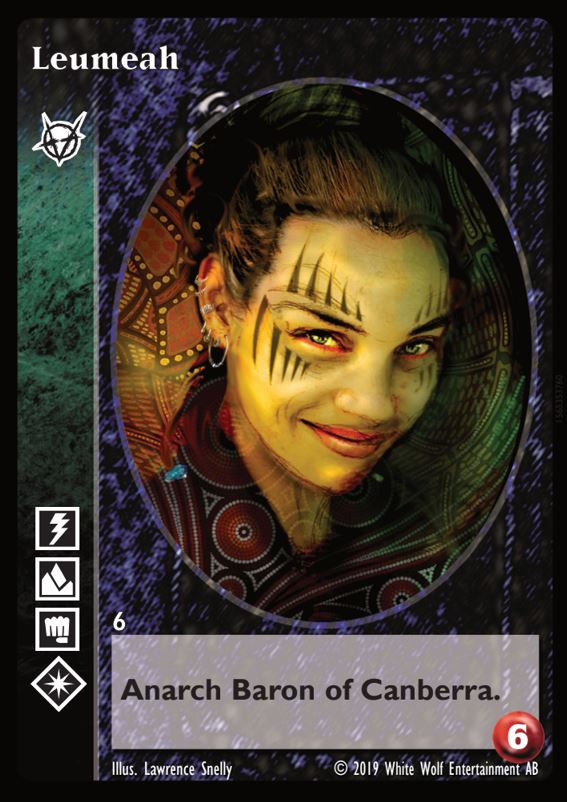 This year´s Australian/New Zealand Championships are being played at Brook Hotel in Mitchelton, Queensland, Australia on October 5. Head organizer is Stephen Harris.

Like all other continental events this year, Black Chantry Productions has created a special promo card awarded to all attendants. For this event it is the Brujah Baron of Canberra Leumeah, with artwork by the great Lawrence Snelly. This exact printing is exclusive for the championship, but the card will appear in a future Black Chantry product.


ESA-MATTI SMOLANDER IS THE CHAMPION OF THE WRONG COUNTRY 2019!
The Swedish National Championship 2019 was played at the Dragon´s Lair store in beautiful Stockholm on September 7. 42 players turned up for battle, including world top ranking Martin Weinmayer of Austria and no less then 13 invading, very bloodthirsty Finns!

Lauri played at least one Anarch Revolt each round the first five rounds, which practically cross-table ousted Kristofer all-titled Lasombras, and also damaging Henrik a lot. A long, wavy struggle followed, were Lauri tried to rush down Erik's anarchs, while the top seeded Esa-Matti tried to balance the table with both helping Erik to survive and preventing him from building enough Legionnaires to be a threat, while at the same time setting up for ousting the crippled Henrik (who made poor attempts to damage Lauri) and preparing for a potential heads up against a very strong and dangerous Lauri. The balance act worked out and eventually Esa-Matti won on time with 1.5 victory points. Congratulations! 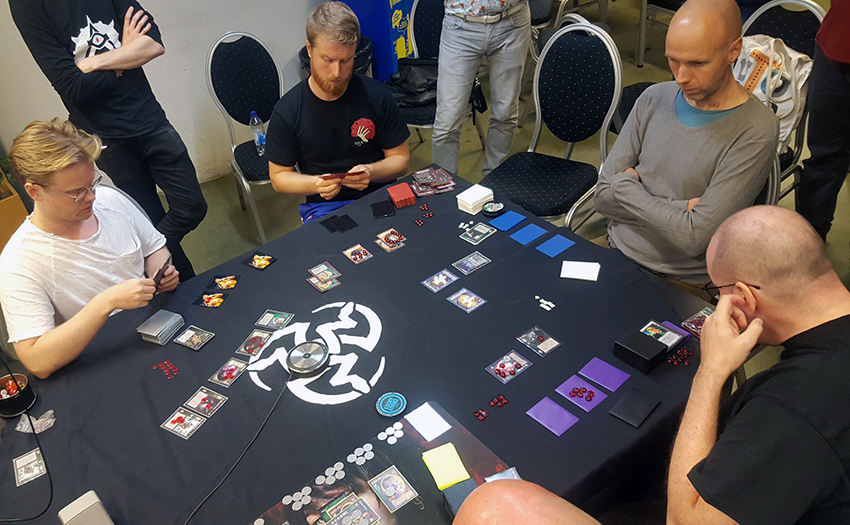 This is Esa-Matti's tournament winning deck:

Thanks to organizer Randal Rudstam. artists Noora Hirvonen and Anna Evertsdotter for extra prize support, all others who help out, and our sponsor Ultra Pro!

NEW GREAT VTES CONTENT
As the game slowly rises from a kind of torpid situation, we notice more excellent VTES content. It´s actually more than we can keep track of, in various languages, but a couple of real gems deserve extra attention:

• Bindusara´s Jyhad Diary baffles – soon the blog will have problems improving! In just the last weeks, we have read excellent interviews with (among others) Ben Peal, Selen Turkay, Steve Wieck, Andrew Greenberg, Richard Garfield and Skaff Elias. Keep up the great work! Check out bindusara.home.blog

If you have created (or found!) any great VTES content that you want the VEKN to promote, please contact the VEKN Community Manager.

• A special page was created to help players keep track of all Black Chantry-created promo cards.

• It was announced that the five First Blood decks will appear in stores around October 1, in Spanish as well as in English. Sadly, there was a printing issue in one of the decks, but replacement products are coming.

• Some exciting art concerning First Blood was announced: New art for Bonding has been created by Black Chantry´s own Ginés Quinonero for both the Tremere and the Ventrue deck, and the original artwork for Aching Beauty (by Dave Roach and Pete Burges) returns in the Toreador deck.

• Round 2 of Fifth Edition playtesting has concluded, and reports are collected and a report is compiled by playtest coordinator Darby Keeney. After adjustments, Round 3 will begin. 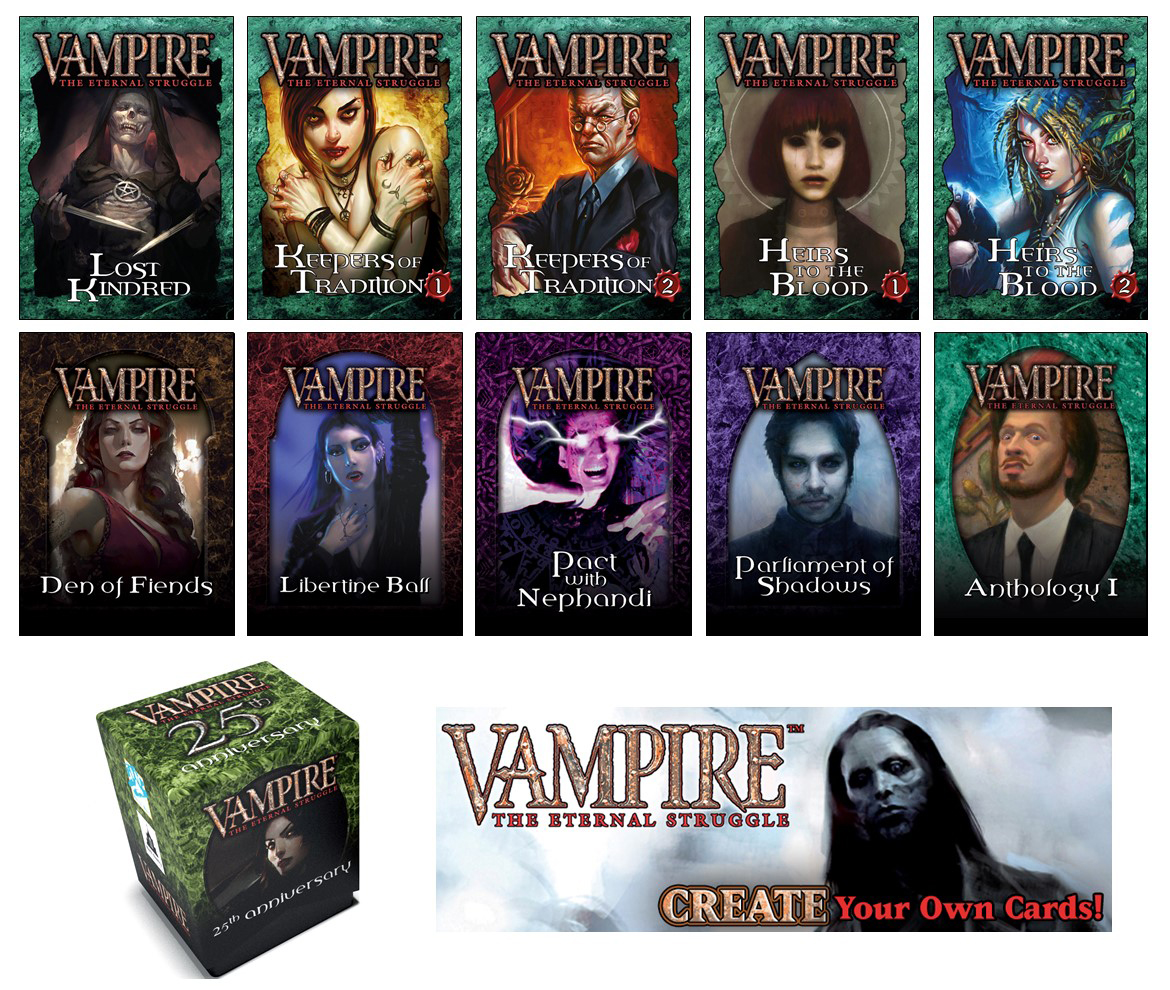 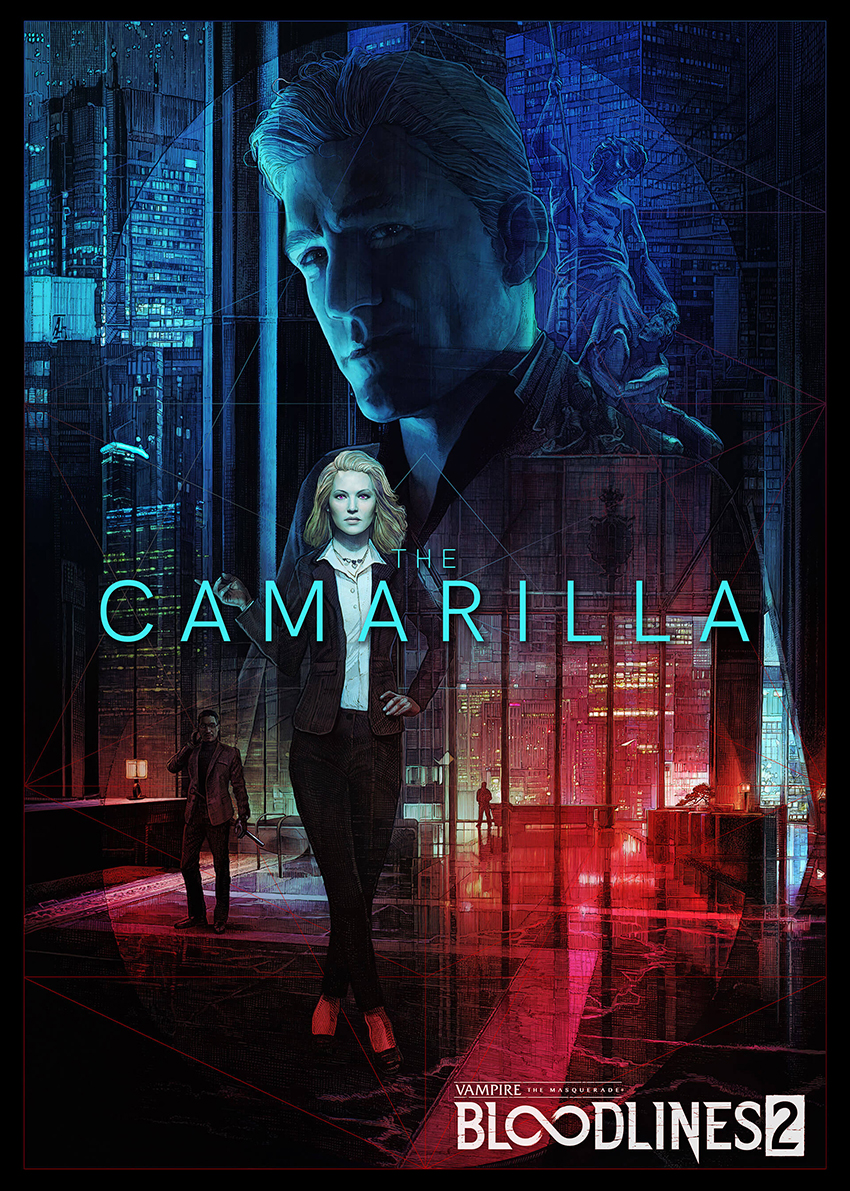 RECENT NEWS IN THE WORLD OF DARKNESS
This month we want to mention these Vampire: The Masquerade related news:

• Licensee Modiphius Entertainment announced that VTM will be made available not only in English, French, Italian and Spanish, but also soon in German, Brazilian Portuguese and Russian. The partner companies responsible for translation of the core books will also participate in the global organized play programme and create their own setting and chronicle material!

• So far four of the five factions in Bloodlines 2 have been revealed; The Camarilla, The Baron, The Pioneers and The Newcomers, and the artwork to illustrate these is FANTASTIC. The game will be displayed at PDXCON in Berlin on October 18-20, so if you are curious and happen to be in town that weekend, don´t miss it.

"How a person masters his fate is more important than what his fate is."