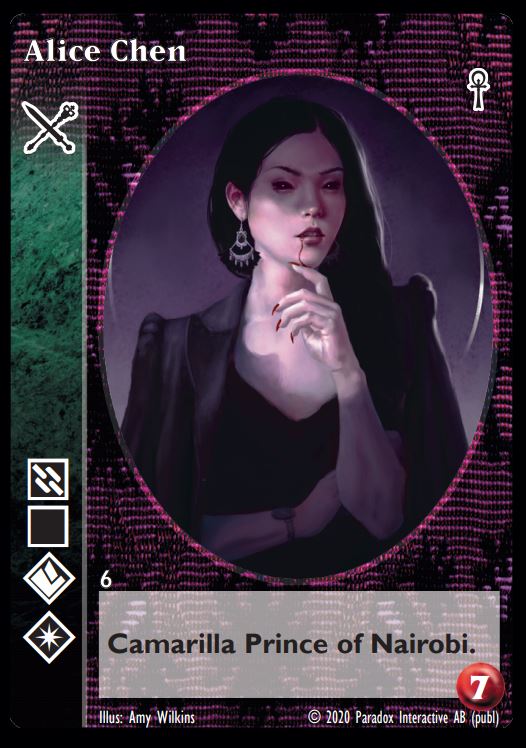 We usually report a lot about tournaments in this newsletter, but due to corona those activities are scarce right now. This is what you can do:

• If your national and local authorities allow, you can arrange a physical tournament. Always follow current health recommendations about number of players, distance, face masks and other things. An example of a vibrant tournament scene is Palma de Mallorca, who had a 27-player tournament on June 28, won by Moisés Ferrer Gallegos playing Lasombra stealth-bleed (images below). He got 5 victory points in the final – congrats Moisés, impressive! 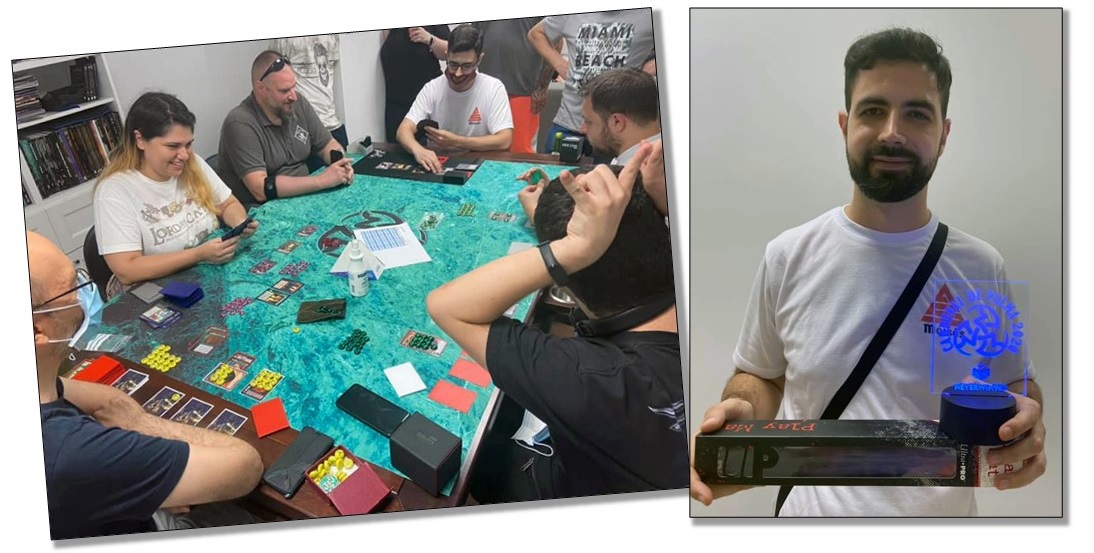 • You can also play VTES online on LackeyCCG. Many do, mainly casual and leagues, but you can also arrange VEKN sanctioned tournaments – just mark it with “ONLINE” in the title when you enter it to the VEKN event calendar. You can find Lackey games on VTES-Hook and in the Facebook group VTES LackeyCCG.

• Another way to play VTES online is Tabletop Simulator – it´s at a 50% summer discount on Steam right now! 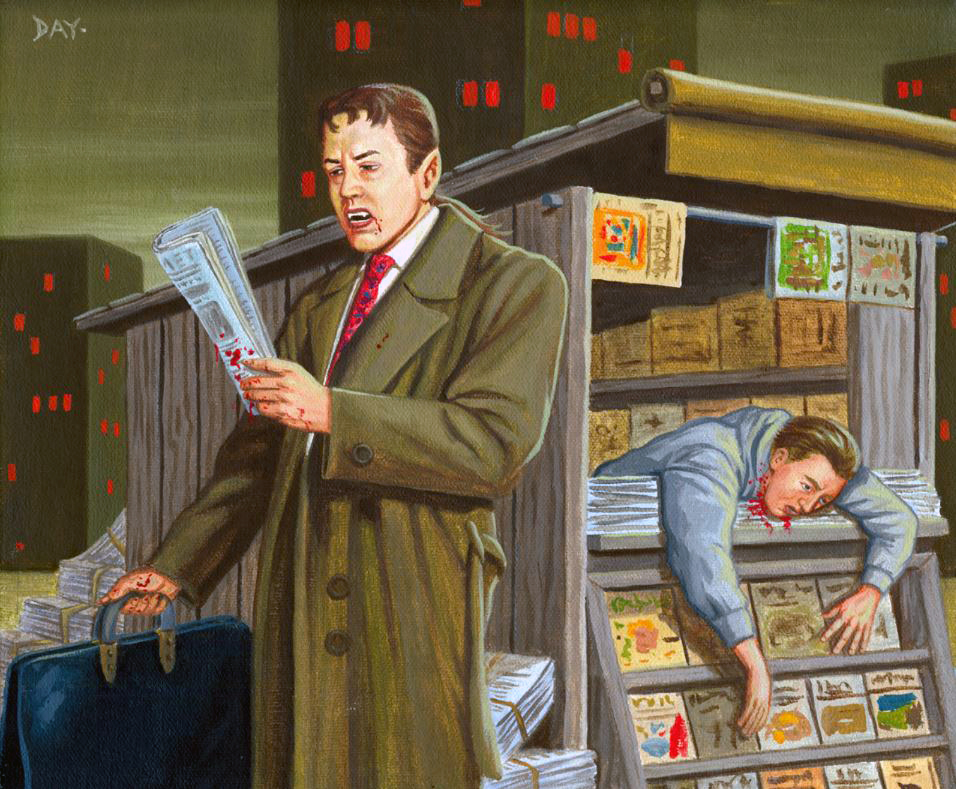 VTES IN THE NEWS!

Recently we have seen VTES mentioned in some game media, for example Dicebreaker, Geek Pride and a bunch of non-English sources. This is excellent, because the more attention the game gets in media (including blogs and all kinds of influencers), the more potential players discover it and the more players we will have. Three things concerning this:
• If you see VTES mentioned in any media, please share it in social media.
• Tell Black Chantry, because they want to share it too.

• If you know anyone in game media, ask them to cover VTES! 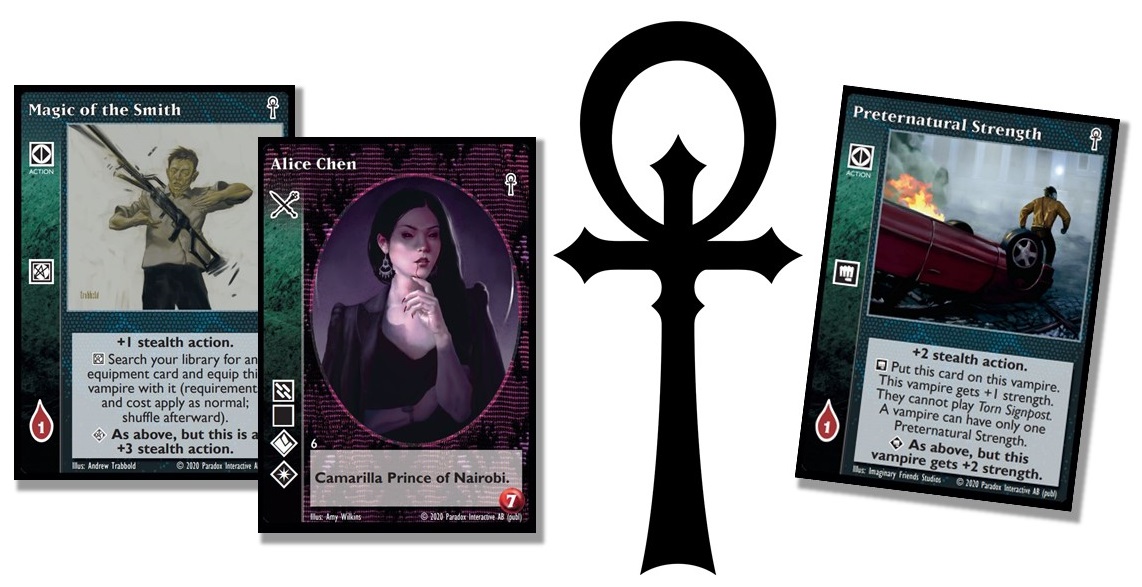 Last week Black Chantry Productions revealed the set symbol for VTES Fifth Edition. Many veteran players immediately reacted with “Both Camarilla Edition and Blood Shadowed Court had an ankh symbol, why do an ankh again?”. Well, that was 2002 and 2008, and the official Vampire: The Masquerade V5 symbol for the Camarilla sect is that ankh, so an ankh seemed like a natural choice. Hopefully sorting your collection will work anyway! 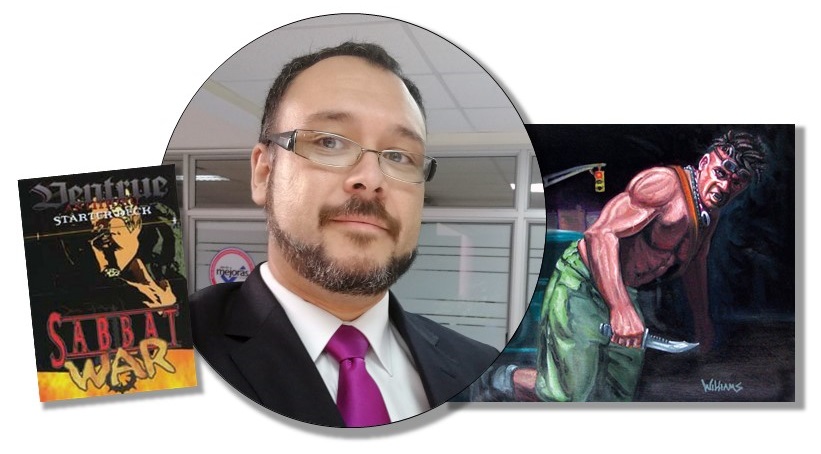 We continue this series of interviews with VEKN volunteers, this time with Gonzalo Del Río, NC of Chile, a small but growing VTES nation.

Hello Gonzalo! When did you start playing VTES?
- I started in 2001, when I was at university. Back then I just knew a few TCG like Magic or Pokémon. I came across VTES through my roleplaying group of friends, and since I love World of Darkness, it was a nice discovery.

What do you like most about the game?
- One of the most challenging and fascinating things about VTES is the multiplayer system. It was created that way and well-thought-out, and it is the main reason I love this game. Also, VTES is not a pay-to-win game. The deck doesn't win for itself, there are too many variables to handle. Winning the game is very much up to player skill.

What is your favourite deck?
- My all-time favourite deck is the Ventrue antitribu grinder, but back in my early days I didn't know it by this name. The Sabbat War Ventrue preconstructed deck was my second purchase so I grew old with it. I changed and proved different versions, evolving it to its final form. It's a reliable and well-oiled deck that never disappoints me.

What other decks do you currently like playing?
- I still play the Ventrue antitribu. However, I found other loves along the road. My main clan is Ravnos, so I have several Ravnos decks. An Eldest Are Kholo-voter and a Necromancy+Chimestry one are funniest to play. Another deck that I secretly love is the Imbued, even though my friends hate when I play it.

Do you think you have a special style of playing?
- I believe my style is being patient, not depending on table deals and trying not to get unnecessary attention. Sometimes you need to be still until it´s the right moment to make your big move. In any case, you have to be prepared for any strange things that could happen on tables, so you need to have the necessary precautions in your deck.

How is the situation for VTES in Chile?
- In Chile the great majority of players are in the capital, Santiago. We also have a few players in other cities like Rancagua and La Serena. Sadly, we don't have a large community. The active players are around 25-30 people.

What are your ideas for spreading VTES?
- One of my personal goals is maintaining the players interested, so I established the one tournament per month rule. However, with covid-19 that won't be easy to maintain for now. I'm also trying to make us noticeable as a community doing collaborations with roleplaying game groups and showing VTES in different stores.

Thanks to Gonzalo for the interview, and thanks to the Chile community for playing this great game!

• This month Black Chantry started to take in VTES Fifth Edition preorders from distributors. This is to get a better idea of how large the first print run should be. So please ask your favorite store to stock Fifth Edition, they will in turn talk to their distributor who will preorder. Estimated release is sometime in September and the suggested retail price will be € 82.50 ($ 95).

• VTES Fifth Edition will be Black Chantry´s first simultaneous multi-language launch, as versions in French and Spanish will be in stores at the same time as the English version. 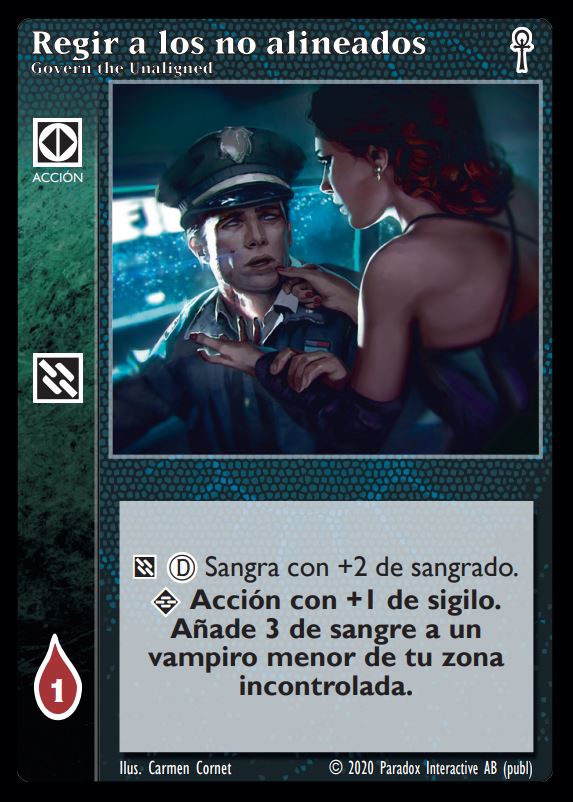 • Fifth Edition spoiler season continues in social media, although a bit slowed down. Lately we have seen Govern the Unaligned with new art (see above), Roundhouse (heavily debated) and some crypt cards. In this newsletter you get another one, and more will, of course, follow.

• The open playtest of the proposed change of the crypt card contest rule is still ongoing. Please, report your comments in the Your opinion sheet and your games in the Game report sheet.

• A new rather impressive cinematic trailer for the upcoming Werewolf: The Apocalypse video game Earthblood is out.

• Freelance writer (and VTES player) Matthew Dawkins was interviewed in episode 8 of the World of Darkness News show. Especially interesting for VTES fans was what he said about the “Let the streets run red” scenario collection for Vampire: The Masquerade. One of the scenarios include the reappearance of none other than Sir Walter Nash, Prince of Chicago in the original VTES set!

• Paradox Interactive has appointed Justin Achilli as new Creative Lead for the World of Darkness brand.

"Think above the box."