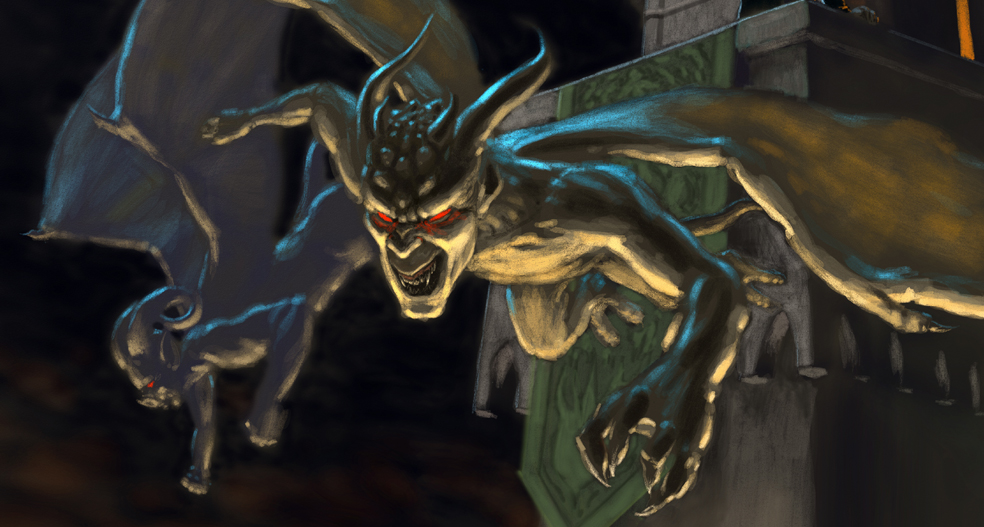 Greetings fellow Methuselah
The crypt is freezing cold and snow is pouring in whenever I have the courage to open the door to take a peek at the blizzard outside. What? What did you just say?! I should shut up about the weather and instead tell you some about when V:TES is back in print? Sorry. The official V:EKN news about that is still: Not much can really be said about the state of the game, except we are working on its resurrection.

GRAND PRIX BELGIUM 24-25 FEBRUARY
After a successful Bologna event, the European Grand Prix moves on to Mechelen, Belgium, the last weekend of February 2018. Friday night is a sightseeing trip, Saturday is a Sabbat-themed draft tournament and Sunday is the big constructed Grand Prix event. For more details check out the VEG site, the official forum announcement or the event Facebook page.

ANTHOLOGY STILL FOR SALE
Yes, until we hear something else, there are still packs of Berlin Anthology left at the PDA web shop. Including Ashur Tablets, Enkil Cog, Monastery of Shadows as well as many never before printed cards, these packs are indeed worth 30 euro – don´t hesitate! 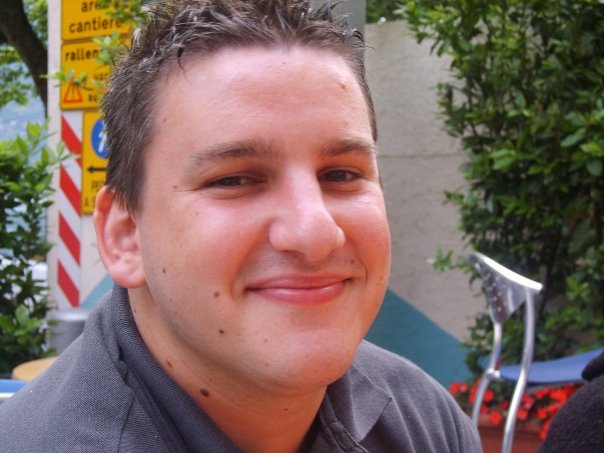 PLAYER INTERVIEW OF THE MONTH: NICOLA LONARDI
Hello Nicola, congratulations on winning Grand Prix Bologna! Have you won any other big tournaments before this?
- Thanks. Yes, I won an Italian ECQ qualifier and a tournament in the Italian Championships, but this was the first tournament I won with international presence. Before this I made a Day 2 final at EC Mannheim 2014 and a Day 1 final in EC Genova 2016.

What deck did you play in GP Bologna? Why did you choose that deck?
- I played a Malgorzata/Lord Tremere toolbox with auspex, vicissitude and thaumaturgy, similar to the deck Pau Vilar won EC Genova with.  I chose it because I thought there would be a lot of blocking/combat-decks and political decks. The deck has votes, combat cards and big capacity vampires which I can try to manage the game with.

What is the deck's strengths and weaknesses? How do you play it?
- The strengths of this deck are the pool management and a combat model which hurts combat decks, like Theo Bell/Beast rush, and blocking decks, like Ventrue grinders, or other decks which play fortitude.
Normally you need three turns to wake Malgorzata. Then the show starts. If somebody wants to block your special minion's action they need to think about whether they can survive the combat.
The weakness is that the deck is a toolbox. It tries to do bleed and combat and politics and block. Sometimes you have a block card but no combat cards, or a political action card when you need a block card.
Normally you play slowly. You need some turns to set up and bring out big cap vampires, then go forward to put pressure and try to block your prey's key actions.

How were the preliminary rounds for you?
- In the first round I made a mistake with wakes which killed me, but the other two rounds were great. In the second round I burned my predator's star vampire with an Amaranth when he blocked my first action. The third round was a four player table where I cooperated with my cross table ally, but I had more resources than he did when we were heads up.

How did the final table look like?
- When I sat down at the final table and looked at the other players I thought “OK, I do nothing”. Alain was playing the deck that killed me in the first round, and all other decks had combat ends or dodge cards. So I was pretty sure I was going to be the first victim in this final. 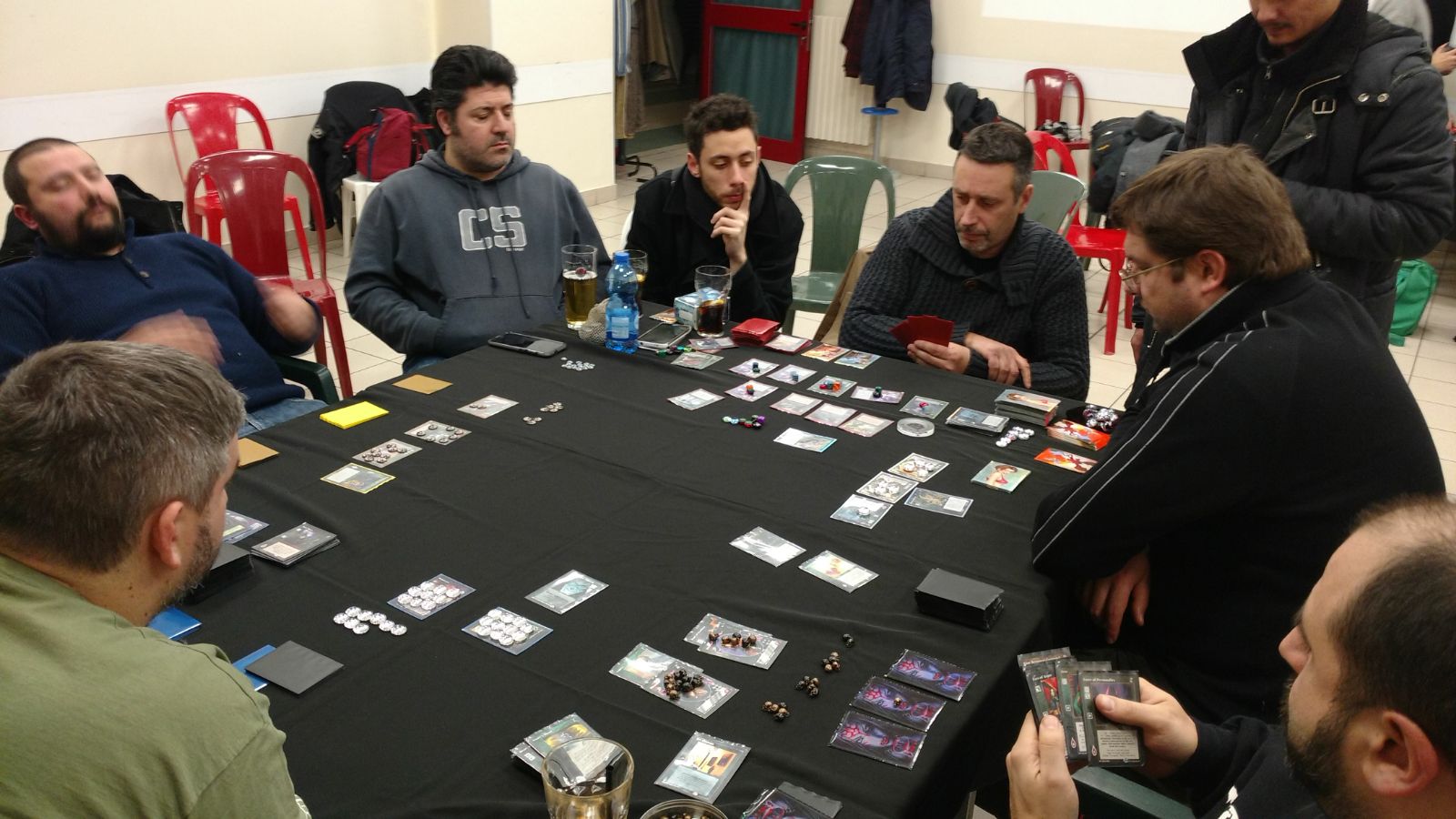 Well, now we know you managed to win by taking the only victory point before the time was out. We want to know more about you. When did you start playing V:TES?
- l started in 2012 when a friend introduced me. My first deck was a Toreador antitribu breed and boon-deck.

What decks do you generally prefer? Do you think you have a special “style” of playing?
- Usually I play a Giovanni Shambling Hordes-deck, either as a rush-deck or more bleed-oriented. Giovanni is my favorite clan. I feel those decks have a good possibility to manage various threats.
But no, I don’t have a special style of playing. I try to estimate the meta and then build a deck which I feel comfortable with in that meta.

Do you have any new deck or tech that you are trying out?
- Right now I am working on anarch tech. Ally, political and wall deck.

Thanks for the interview Nicola, and good luck in the future!

THE V:EKN 2017 RECAP
Apart from all the regular activities (primarily local tournaments), this is what the V:EKN have been doing the past year:

January: The Berlin Anthology set and the EC 2017 was announced (OK, it was actually in December 2016, but this was when all the buzz was!)
January: The first of the monthly newsletters crafted by Henrik Klippström is launched.
January: Round 1 playtesting of the bloodlines set begins, as well as playtesting of the new Berlin Anthology cards.
February: Sign up for EC 2017 starts – this time it´s an open event.
February: Berlin storylines revealed.
February: Card list for the Berlin Anthology set revealed.
March: Rule change: “All new cards and game rules go immediately into effect for V:EKN tournaments.”
April: Previews of the new Berlin Anthology cards begin at V:EKN.net. Several clarifications, new wordings and new card backs!
May: EC 2017 Day 1 is won by Francois Greiner (FRA) with a Ventrue princes with sticks deck and the EC 2017 champion is Danilo Torrisi (ITA), playing a Saulot & The Capuchin anarch wall deck.
June: Week of Nightmares in Ohio. The NAC 2017 champion is Martin Weinmayer (AUT), playing his classic Gangrel Stanislava sb/vote deck.
July: Site of EC 2018 revealed – it´s Warsaw!
July: First previews of artwork for the bloodlines set.
August: Worldofdarkness.com is launched – the V:EKN encourages all players to contribute.
September: The European Grand Prix is announced, with five cities hosting 2017-2018.
October: We celebrate V:EKN 20th anniversary!
October: Elzo Benzaquen wins the South American championship with a very interesting Gangrel antitribu deck, and Simon Reed wins the Australian championship with a Daughters of Cacophony vote deck.
November: Four rules changes are proposed – please feedback at our forum or through any channels listed under "Contact V:EKN" at the bottom of this newsletter.
December: The upcoming bloodlines set that has been under construction the whole year is in its last stages. Many rounds of playtesting are done, all artwork is done, name and symbol of the set is almost decided, and we hope for a launch really soon. At the top of this newsletter you can see yet another preview of some Gargoyle artwork by Ginés Quiñonero.

"The game never ends when your whole world depends on the turn of a friendly card."