"Nothing – nothing – burns as hot as the wound left by the knife of treachery, especially when it has been left to fester for eons."

The bloodline calling itself the Harbingers of Skulls claims a history of treachery, for which it seeks to extract a hellish vengeance. Members of the bloodline are quite powerful without exception, and they claim to have returned from their banishment to the realms of the dead. Long ago, they whisper, a rogue society of sorcerers hunted them for their blood, stealing immortality to futher their own arcane lust for power. Few Sabbat believe this fairy tale of ancient injustice in these modern nights, but the Harbingers are afforded a wide berth nonetheless, given the immense potency of their magics and their discomforting eccentricity.

Cursed by Caine´s blood with the countenances of corpses, the Harbingers often flay the tattered, grave-tainted flesh from their heads, leaving them with the grinning rictus of their namesake. Masks and ceremony play are an important part in the bloodline´s culture, and elders among these Cainites maintain vast collections of ritual masks and implements that they wear and use in their necromantic rites.

Full texts for the Harbingers of Skulls crypt cards and related library cards in Lost Kindred:

Name: Erlik
Cardtype: Vampire
Clan: Harbinger of Skulls
Group: 3
Capacity: 10
Discipline: AUS CEL FOR NEC THN
Sabbat: As Erlik enters play, you can distribute up to 5 blood from him to any of your uncontrolled Harbingers of Skulls. +1 bleed. +1 hand size.
Artist: Ginés Quiñonero

Name: Inevitability of the Void
Cardtype: Action Modifier
Discipline: Auspex/Necromancy
Only usable during a bleed action.
[aus][nec] +1 bleed (limited).
[AUS][NEC] +1 bleed for every 10 cards in the ash heap of the target Methuselah (limited).
Artist: Mark Kelly 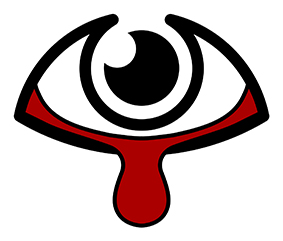 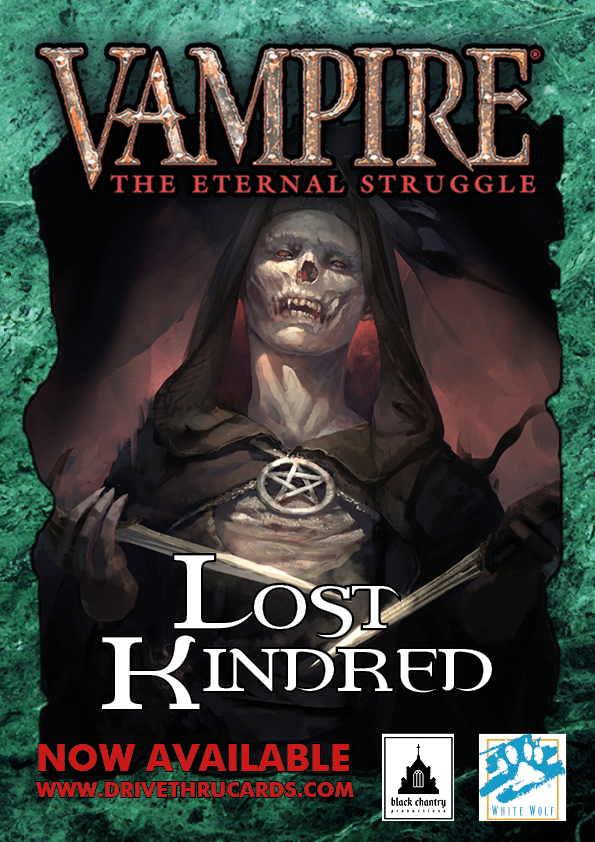