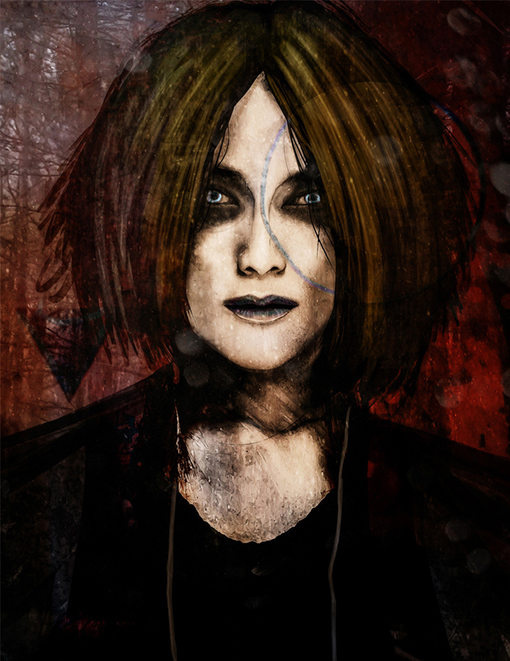 Greetings fellow Methuselahs
Sorry for being late again! I am already snowed in because my lazy ghouls refuse to do their job, but I also have another problem. My crypt, located in the middle of a Swedish graveyard, is currently under siege by a large number of spooky, ethereal folks calling themselves “the emerald legion”. I have no idea what they really want, but they are in my way and they are prone to violence. I have consulted Tobin´s Spirit Guide, but the page about these folks seems to have been torn out. Could someone send help? Please? 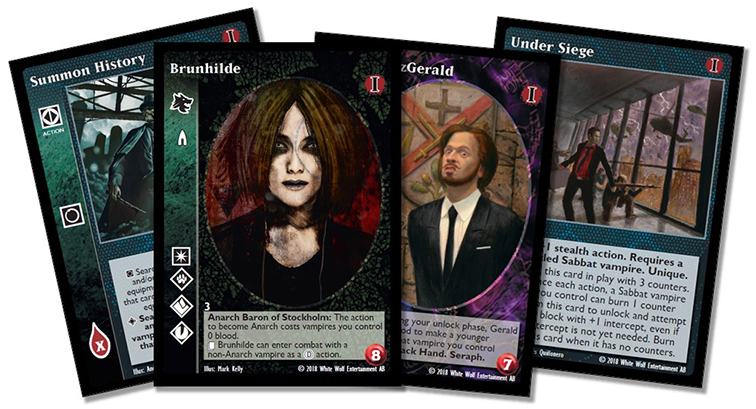 ANTHOLOGY 1 – FREQUENTLY ASKED QUESTIONS
Recently the complete contents of the upcoming product Anthology 1 were spoiled on Blackchantry.com. Yes, it is the same selection of cards as for the limited ”Berlin Anthology” set produced in 2017 for the World of Darkness Berlin event, with the exception of 11 cards that were designed inspired by the live-action role-playing scenarios held at the event. The most common questions answered by Black Chantry about this set are:

Q: Why do you release this set now?
A: It contains many cards that are still in high demand among players. In spite of the 2017 set, cards like, for example, Enkil Cog and Monastery of Shadows are still hard to get.

Q: What about the 11 storyline cards? Are they still legal for tournament play? When will they be reprinted?
A: Yes, they are still legal. They will be made available again, shortly. Don´t worry.

Q: When can we buy Anthology 1?
A: A definitive date has not been set, and better wait to give even an approximate date.

Q: Is it for print-on-demand or stores?
A: Both. It will probably be made available on both Drivethrucards.com and through normal distribution simultaneously. 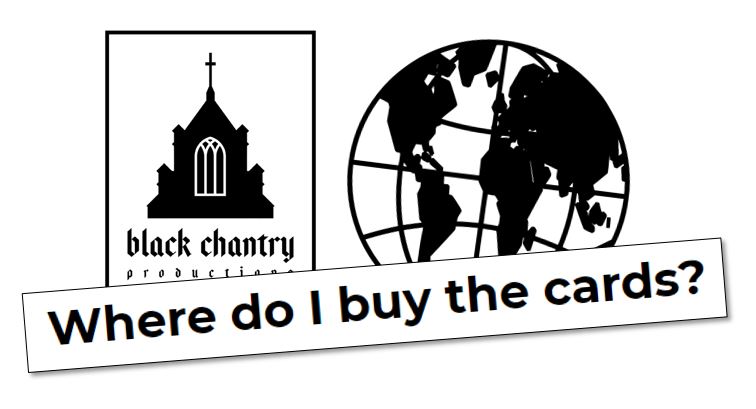 DISTRIBUTOR LIST REVEALED – AND CONSTANTLY UPDATED
Black Chantry has published a list of distributors on Blackchantry.com. So far no exclusive deals are made, so it’s up to any distributors to contact the company to get products. This means:
• Are you a player and want VTES in your local game store? Tell your store!
• Are you a store and want to sell VTES? Contact your distributor!
• Are you a distributor and want to distribute VTES? Mail ! 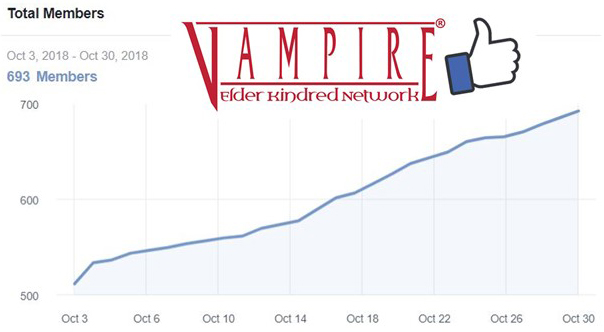 VEKN FACEBOOK GROUP = SUCCESS!
With last month’s newsletter, an official Vampire: Elder Kindred Network Facebook group was launched. Not only has it gathered almost 700 members in just 30 days, but it’s also jam-packed with posts and comments, and the mood is generally love and happiness. If you use Facebook and are not yet a member, please join – all players of VTES are welcome, as long as you follow the rules in the Discussion Guidelines and the normal Facebook rules (no fake identities, etc.). See you there!

Most engaging post in October:
1: Nathan call for ban on Pentex and Brainwash
2: Humble Bundle Exclusive VTES Set
3: Janne says “Greetings from the Boondock, Finland!”
4: Ignacio: “Someone who trade Pentex?”
5: Dave: "Here´s my Trujah selection; who gets to star in a deck?"

• The 1000 kilograms of Belgian printed cards mentioned in the September newsletter have now been distributed in Europe, Asia and Australia. Some of it disappeared immediately due to preorders, but don´t worry – more cards are being printed!

• Black Chantry is still working on how to get products to some places, for example Brazil. But options are being evaluated and hopefully solutions to these problems will be found shortly. 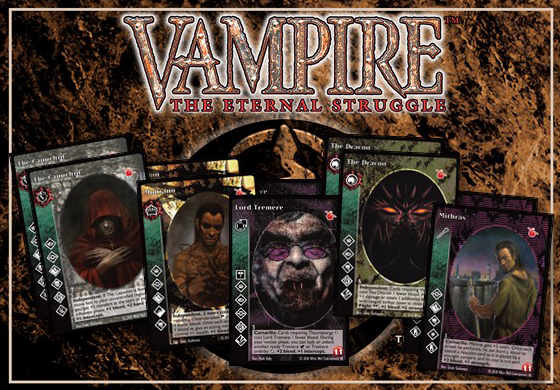 • Black Chantry has been part of its first charity event. During the period 3-14 October the product Humble Bundle Exclusive VTES Set was available through Drivethrucards.com, as a part of the White Wolf Humble RPG Book Bundle. 11 560 bundles were sold of the book bundle, but how many of these will take the opportunity to get the physical VTES set is not clear. The content was two each of Lord Tremere, Mithras, Montano, The Capuchin and The Dracon. These cards will be made available again soon, but without the red Humble Bundle set symbol. “We enjoyed getting some minor exclusives out for Humble Bundle, but we'll work on making the process smoother for future similar offers”, says Black Chantry CEO Hugh Angseesing.

• Anthology 1 were announced and spoiled on October 21.

• Due to the previous problems with misprints, Black Chantry is now applying new, very thorough routines for proofreading. The whole staff are involved in this work. 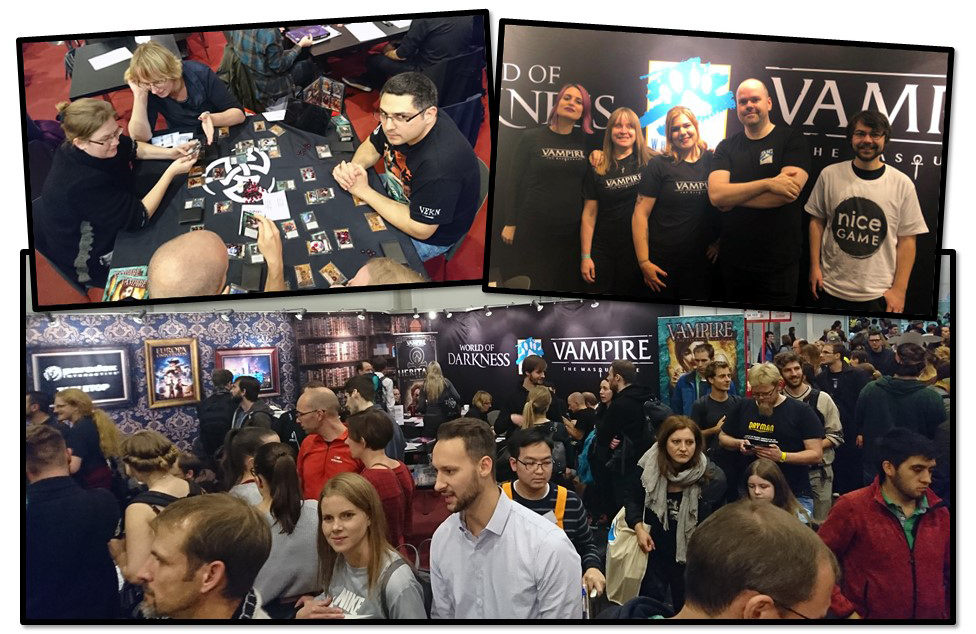 • Chief marketing ghoul Henrik Klippström attended Spiel 18 in Essen, Germany, the world’s largest board game fair. The booth was shared with Paradox Interactive, White Wolf and Nice Game. With the help of friendly players Rudolf, Ali and Mike he ran demos of VTES for three days. “It was a blast! All who tested the game loved it, and MANY old time players approached me to thank Black Chantry for our efforts to revive the game – some were almost crying of joy”, Henrik says.

Q: What if the acting Samedi successfully rushed and has Perfectionist? When do they gain the blood (not that it matters much, but just curious)?
A: During the same window as Freak Drive.

Q: Can Marie-Pierre's special interrupt Rötschreck's effect to prevent another Samedi from going to torpor?
A: Yes. Effects that end combat and then do something else after combat (all in the single resolution of the effect) will fizzle if combat doesn't end or if a new combat is started.

Q: An Anarch vampire attempts to block and is successful. Can he play Guardian Vigil before combat?
A: You can't play it once the block is successful, you must play it before. However, the following scenario is possible:
Acting Meth: A bleeds
You: B attempts to block.
Acting Meth: Blocked*
You: B plays Guardian Vigil
Acting Meth: Still blocked**
You: OK, combat then.
*: when he says "blocked", he should say "no more stealth" or "no more effects".
**: he could play stealth at this point.

Q: Is Alvusia's bonus bleed or strength permanent? It says "Once each action, you can burn 1 counter from this card to give a slave Gargoyle you control +1 bleed or +1 strength."
A: If an effects works "once each action" or "during an action", the default duration is until the end of the action.

Feel to discuss one of these rulings? Use the VEKN.net forum or the brand new VEKN Facebook group! 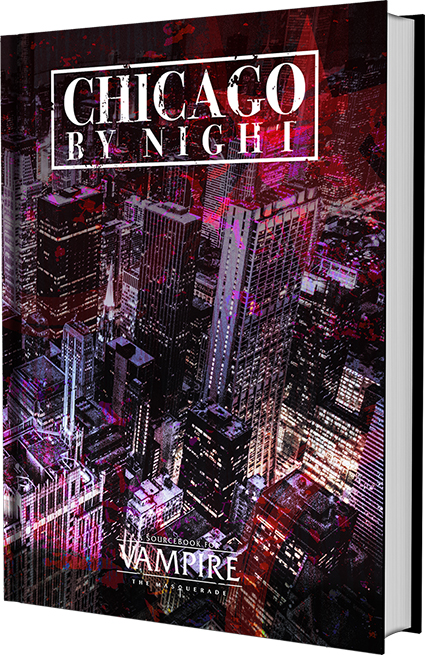 KICKSTART CHICAGO BY NIGHT
Hot RPG news: Our friends at White Wolf and Onyx Path have launched the Kickstarter campaign for the V5 edition of Chicago By Night. This is the third incarnation of this awesome city sourcebook, by some called the best setting material ever produced for any role-playing game. Many VTES cards spawn from the iconic characters of Chicago; Helena, Menele, Lodin, Ublo-Satha, Inyanga and many others. Check it out!