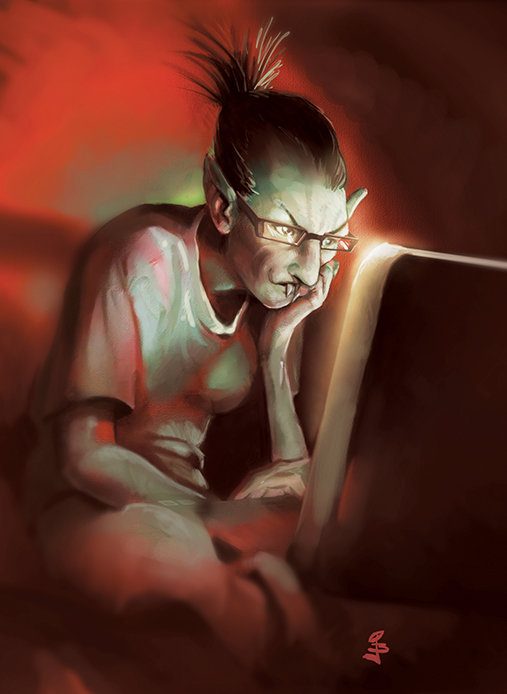 As it has been declared earlier in a forum posting, you can arrange an online tournament that is VEKN official, sanctioned and ranked. Just report the tournament as usual and add "ONLINE" to the event name. In these days of pandemic, this is a natural way to move forward. Later these tournaments might be moved to their own ranking We´ll see. 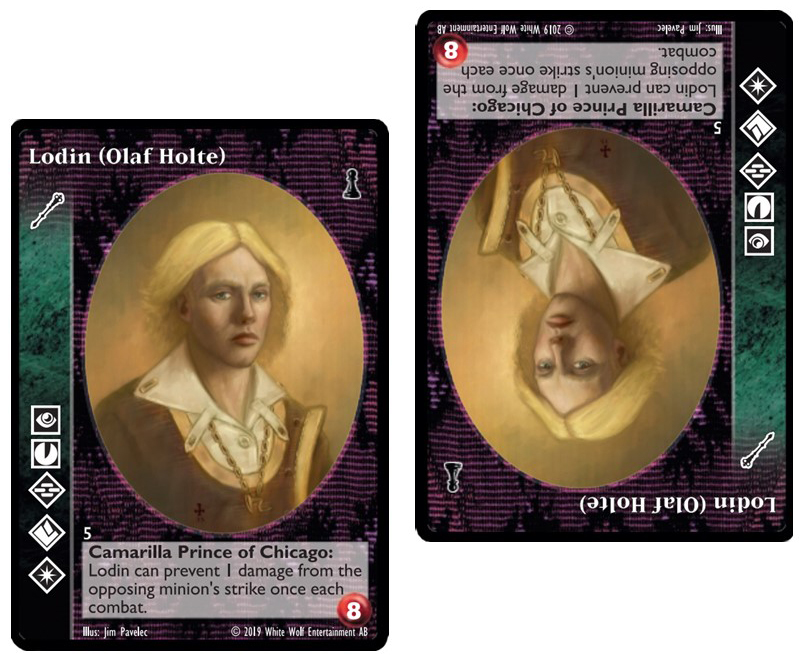 Recently Black Chantry Productions made an announcement about a open playtest of a possible change of how vampire minions are contested. Please read the full original message, but this is the proposed change:
• A contested vampire remains in play. Their controller must pay 1 pool to continue to contest them, or yield during the unlock phase, but can play with them normally (act, block, play cards, cast votes or ballots etc.). If this vampire has a title that is also contested, the vampire must pay 1 blood point to keep it, as usual.
• It is still forbidden to contest a vampire with oneself, and if this were to happen, the last vampire to enter play would be immediately burned, as usual.
• This concerns both vampires influenced from the crypt and unique vampires brought into play with library cards (Abomination, Call the Great Beast etc.)
• Unique library cards (including allies) and imbued are still unaffected by this rule change.

For everybody's convenience, two separate Google Forms have been created to help gather as much data and feedback as possible in a handy form:
• Game report sheet (for actual game reports)
• Your opinion - Contest rule change (for your thoughts about the change)

if you have already stated your opinion somewhere in text - please help out by cut-pasting it into the "Your opinion" form. Thanks in advance!

It´s great to see all the interesting discussions at the VEKN Facebook group! This online community is growing almost every day. Please join the group and make a posting!

However, some questions about the group arise frequently, and the VEKN Board want to answer them here:

Q: What is the purpose of the VEKN Facebook group?
A: The group is for promoting of and discussions about the game Vampire: The Eternal Struggle. This includes rules questions, event announcements, deck building tips, organizational questions, design ideas, etc. Nothing else. The group is not for posting stuff that you think are “funny”, memes, political discussions or anything else. Any such post will be removed immediately. There are 100+ other VTES Facebook groups where you can try to post that stuff.

Q: Is advertising allowed in the VEKN Facebook group?
A: Yes! Limited advertising is allowed for now. This of course includes Black Chantry and Paradox/White Wolf products, but also distributors, retailers and Ebay sellers. The VEKN is not going to block or stop any such postings as long as they are not too frequent. If items are repeated or reported as “spam”, such postings might get removed. Please use common sense!

Q: Are there any rules of conduct for the VEKN Facebook group?
A: Yes! The rules are called “Vampire: Elder Kindred Network Facebook discussion guidelines” and are pinned at the top of the group. Please read them and follow them! But also use commons sense before starting a new topic or commenting on one. Be clear on what you want to ask or discuss. The topic should be relevant for the group. Never “hijack” threads with off-topic comments. Please aim for a constructive discussion that group members will enjoy.

Q: So if we have a Facebook group, why keep the VEKN.net forum?
A: Some people don´t use Facebook, and it might be the better place for some questions, for example if you want to be somewhat anonymous. See you there too!

The most commented topics on the VEKN Facebook group the past month:
1. Vampire: The Eternal Struggle, May 9: VTES rule open playtest: Contesting vampire
2. Abadroza P S, May 26: Alternative contest rule change
3. Milutin M, May 25: Can you self oust, does that rule exists?
4. Bill T, May 10: How many vamps are highly contestable?
5. Igor B, May 23: Accident contest of Ludmijla

• Death by the Coven - Italian VTES blog at deathbythecoven.wordpress.com

• Codex of the Damned - especially the Best cards, Deck Search and Card Search sections, at codex-of-the-damned.org 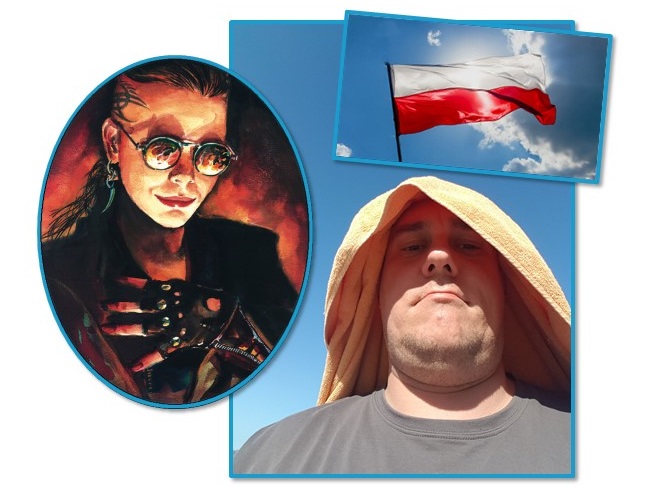 We continue to give attention and show appreciation for VEKN volunteers by a series of interviews. This month we present to you Tomasz 'izi' Izydorczyk, the NC of the great VTES nation Poland.

Tomasz, when did you start playing VTES?
- It was during my first year of studies, 1999. I had made a lot of new friends and one of them introduced me to a playgroup. They played various roleplaying games, Warhammer Fantasy Battle and collectible card games. I was immediately hooked. The first CCG I played was Legend of the Five Rings, and I started playing VTES shortly after that.

What do you like most about the game?
- The social aspect of the game. Nothing compares to VTES in this area. Perhaps connected is that VTES players are a great bunch. I've made a lot of friends over the years. Relations that go way beyond gaming. Also, the game stays consistent over the years. You can play a deck – successfully – that is 20 years old. How great is that?!

What is your all-time favorite deck?
- It´s a Toreador gun wall deck... [Version below is from Warsaw Station League Finals, December 2013, 4 vp in final, but Tomasz has won several tournaments with similar decks]

That I first created as a training deck, to teach a basic aspect of the game: blocking. That is definitely the simplest deck I've ever made. Otherwise, I tend to overcomplicate things – my first deck was a Dawn Operation + Skin of Night + Weather Control combo deck. I got drawn to it though, started playing it in tournaments and played it for many years.

What other decks do you currently like playing? Is it just old favorites or do you like to create new stuff?
- I love checking out other players' decks I have seen. Check what I could do with them. See how they play from different perspectives. Check how they can be modified. It's endless fun. People are so creative!

Do you think you have a special “style” of playing?
- I try to play my turns as fast as possible. I have a plan for my next turn as soon as the present one is finished. Then I focus on what others are doing and modify the plan accordingly. Because of that I dislike decks that cannot be adjusted to the situation – the ”solitaire” type of decks.

You are the National Coordinator for your country. How is the situation for VTES in your country?
- There are a lot of new players, but we also lost many old players when VTES was in a limbo. On average we've had around 20 players per event year. So not bad, but it could be better.
I took over the position from Radosław "Szewski" Staszewski and those are big shoes to fill. He is arguably the single person that has done the most for VTES in Poland over the years. I hope to continue his great work and build on that in the future.
The Polish scene is organized over a long time existent forum you can find at vtes.pl/forum. We have a Polish league, not like the European Grand Prix, but focused on national events. It's on hold this year, but I hope we can carry on next year. We've had prizes for most successful players obviously, but, what is unique, we also distinguish players in other areas like number of attended events, deck building, and superb organizers.
We have a southern Polish league called Silesia by Night, organized by Grzegorz "Mały" Winter. Check it out at silesiabynight.com. There are galleries with pictures for every league tournament.
My idea, apart from organizing big events in Poland, is to support those activities in the best way I can. I am hoping to get prize support for one of the polish leagues from a sponsor, much like the Grand Prix is sponsored by Ultra Pro.

Thanks to Tomasz for these words. Good luck to him and future Polish events. The Polish community is always very welcoming for travelling VTES players – try to attend a tournament there when you can!

• The first official VTES card sleeves from Ultra Pro are now in stores! Current variants are crypt amber marble and library green marble, but other motifs will most likely appear later. Artwork suggestions are welcome!

• VTES Fifth Edition will appear in stores in French and Spanish versions at the same time as the English version! Cards have been translated, translation of the new rulebook is in progress.

• Speaking of the new rulebook: the writing is almost nailed, and graphic layout is in progress. It will be illustrated and in full colour - super secret previews look beautiful!

• The FAQ on www.blackchantry.com has been updated to reflect current reality. Check it out!

• Promo Pack 2 now available if you are an organizer or store who want to promote VTES. It contains the five 2019 Barons of Columbus, Versailles, Canberra, Fortaleza and Manila, as well as some other goodies.

• An open playtest of a suggested new contest rule for crypt cards was announced (see above in this newsletter).

• Since May 2 the previews of actual VTES Fifth Edition cards are ongoing. So far 12 cards have been spoiled, so there´s still about fifty cards to reveal!

• Later this year, more cards will be made available as VTES Legacy card print-on-demand. This is being prepared for now - cards need to be reworded and set in new layout. 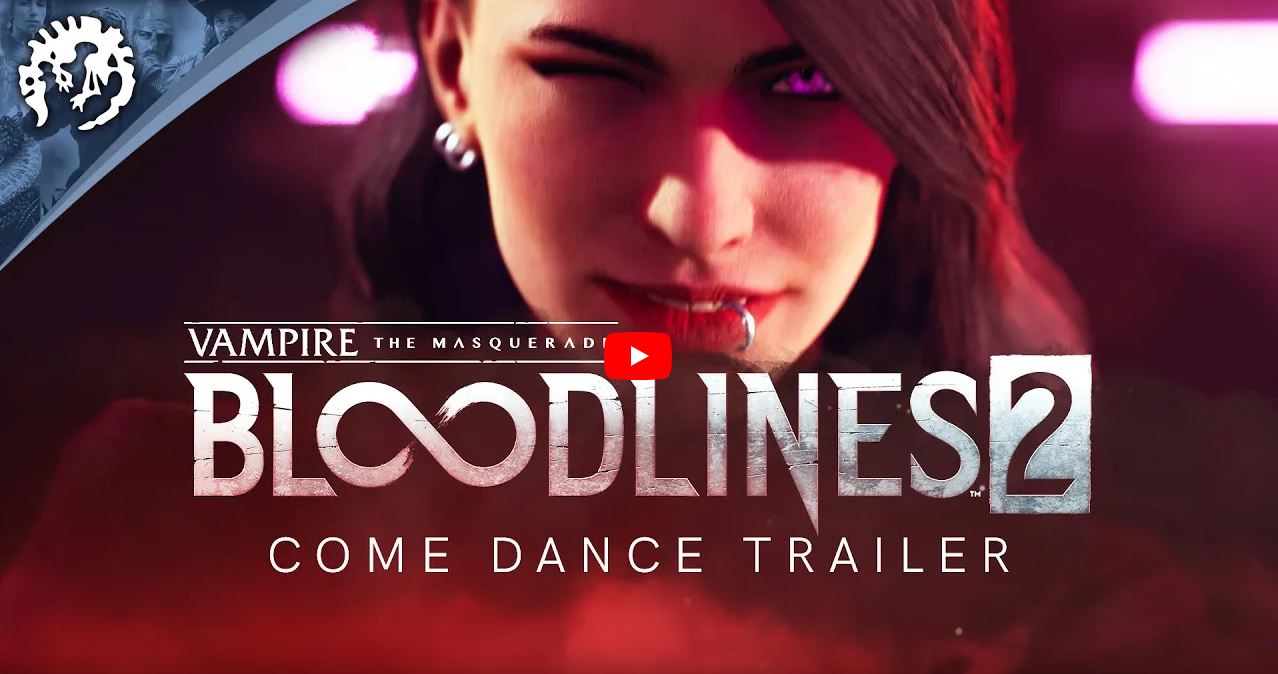 • There´s a new Vampire: The Masquerade: Bloodlines 2 trailer out, and the game will have a Playstation 5 version!

• As you might expect of a weekly TV show, the official World of Darkness News show has aired four episodes since our last newsletter. Among the topics has been the VTM comic (episode 2), VTM novels (episode 3), VTM interactive novels (episode 4) and Latin America (episode 5). Check it out streaming every Friday at twitch.tv/worldofdarkness or later on the WoD Youtube channel.

Upcoming events:
Follow local regulations on what physical events are possible. Notice that online tournaments on LackeyCCG or Tabletop Simulator are an option - just note "ONLINE" in the event name when you report the results! (see the top of this newsletter)

"Be careful to choose your enemies well. Friends don't much matter. But the choice of enemies is very important."