The deck name is unchanged from John's original, which included a Hungry Coyote. This latest version removed it on feedback from Darby, but the name remains because it's too clever.

Round one was a game win earned in overtime, declaring a bleed just before the timer hit. An extra VP in round two put me in as second seed.

I got New Blood in my opener (every time today in fact, very lucky). There was no real
intercept around me so I was able to get a lot of early actions to succeed. So, Blood
Buff plus Unwholesome Bond and Hive Mind widened my playspace quickly.

Mark calls a KRC with Aline and brings out a second vampire, leaving both unlocked to
block. Cock Robin has an unfortunate encounter with Tzimisce agg-poke and ends up in
torpor. Mark is willing to let the Tzimisce live if they diablerize. There's a Warsaw
Station in play, but I don't say anything and neither does anyone else. Cock Robin dies.

I start my turn with 4 vampires and 3 pieces of +1 bleed equipment. Mark is at 8 pool, so
I pass the Troublemaker to lock both vampires, drop the Heidelburg Castle, and get to the
business of ousting. My turn ends with a fifth Blood Brother in play and a VP in hand.

Jesse brings up Nikolaus Vermeulen, putting his pool at 10. I am taking some Shadow Twin
damage from Bill, but nothing that is too irksome. I oust Jesse on my next turn locking
Nikolaus with Claiming the Body, stealthing by his only block attempt afterwards and
dropping a huge Walk of Caine.

Now I have intercept around me in terms of the Tzimisce and an Under Siege by Bill. The
following turn, I work through all of the Under Siege counters and around some Tzimisce
blocks. I have one vampire in torpor and am very low on blood as Agi didn't make an
appearance in the final. Bill hits me hard with Dominate bleed (never risking the
Archons, however) and I estimate that I have one turn left.

John blocks my attempt to rescue Dorka. I burn Gabi with Breath of the Dragon in the
process of sending his Ludmijla to torpor. That was the only standing intercept on the
table, which left me free to perform all of my remaining actions. I get the rescue off,
equip a Codex and using unlock tricks have four Blood Brothers ready to bleed and my prey
is at 11 pool. I send in a bleed of 2, boosting it to three. The first Codex bleed is
bounced. I use the Castle to send another, which hits. Walk of Caine with the last
vampire to finish it out.

I concede my VP to Bill because I've already got the win. 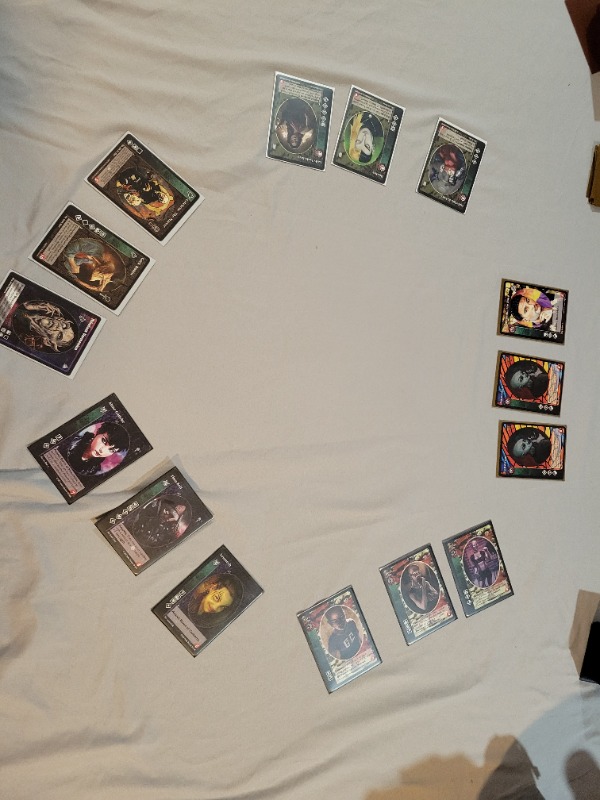