Tthis devastating news hurt all the VTES's community in this sunday.

Fernando Cesar, also know as  Sydnelson , is another of more than 513.000 victimized by COVID-19 here in Brazil.

He was admitted to the hospital at june 7, diagnosed with COVID-19. Stayed in Intensive Care Unit for weeks. He was sedated and intubated, most of the time.
The last news we got were that he suffered kidney insufficiency and needed to be submitted to hemodialysis.

But this morning came the time for our friend to rest and depart to embark on another adventure ahead of us. That some day we may meet again.

We prayed that he would recover sooner than we could expect and return to play VTES again with us. But life don't always works as we desire.

This is his facebook, if someone desire to write any message to the family:
www.facebook.com/Sydnelson

Fernando Cesar contributed immensely to the VTES community not only in Brazil but Worldwide.
In his contributions we can count to be part of development of VTES in LackeyCCG platform, the recent development actual iteration and updates of FELD's Deck Building and inventory aplication for some years. And many more contributions. 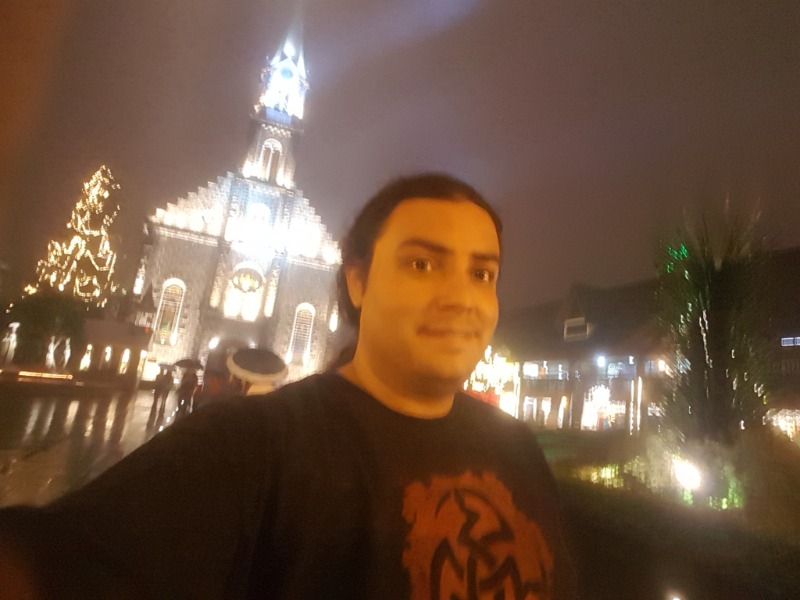 Less More
27 Jun 2021 21:55 - 27 Jun 2021 21:56 #102583 by Charles_Bronson
Replied by Charles_Bronson on topic In Honor of our friend Fernando Cesar - Prince of Rio de janeiro
Sydnelson was the most fundamental pillar of our community and a personal friend of mine. I don't speak this lightly. He was the prince for Rio de Janeiro for decades, mantained lackey, supported organized play, organized incredible events, teached new players, recognized the need to mantain a VTES store in brazil and managed to import VTES items and goods to our country (even losing money, most of times), had a project on OCTGN programming scripts card by card, worked hard on the playtest, worked harder translating the game to portuguese (even recruiting me to help him, and learning more english), mantained and programmed on FELDB and personally encouraged me and many, many others lot to keep organizing events and VTES game sessions. Without him, we would have nothing. And for me, he is the incarnation of VEKN volunteering service.

But the hardest for him was his silent work to stop the bickering on our regional playgroups in Brazil, and stayed close trying to keep us motivated, together and hopeful. Even when he was offended or attacked on those wild and turbulent times, he never holded any grudge against no one, and kept attending events.

He was really a true friend, since when he contacted me in 2003 when I signed as a prince. Since the second time i've meet him personally I always gave him a hug. He always smiled and also hugged awkwardly and stayed silent, but i'm pretty sure he enjoyed. We never know when it will be the last time. He was loved, and will be missed. 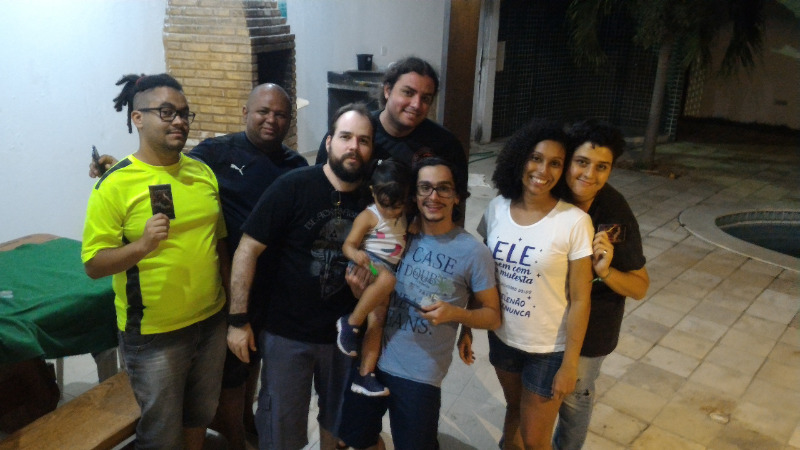 Less More
28 Jun 2021 09:29 #102584 by Ankha
Replied by Ankha on topic In Honor of our friend Fernando Cesar - Prince of Rio de janeiro
I met Fernando only once in person in 2017: he wouldn't miss the European Championship in Berlin for nothing in the world, and he made a quick detour by Paris afterwards to visit and play a few games with us. He offered me a tshirt he brought especially from the São Paulo playgroup that evening. It will always remind me of him when I wear it.

But, we were already in touch before that, and still were long after. He was passionnate and commited to the game, always trying to do his part and more for the sake of it. He made all these games we played online with Lackey possible. He was still working lately on the translation and the distribution of the game. We owe him a lot, and we will miss him.

Never had the chance to meet him in person, but I know he was a great contributor to the VTES world and will be missed. Rest in peace, Syd.
The following user(s) said Thank You: KzArashi, Charles_Bronson