As the unofficial VEKN liaison to Ultra Pro I'm pleased to announce that now the Grand Prix Tour is over (sans the finals at EC) as we still have a sizeable amount of the playmats Ultra Pro kindly made specifically for us that we can finally announce that the remaining copies will be handed out to those VTES players who participate the European Championships (Day One) in Paris this August.

There are not enough playmats for every attendee but, like during the GP Tour, the recipients will be only those who have not yet received a copy. This way we will be able to spread the goodies, and Caine's love, to the maximum number of players! This should hopefully cover all the EC attendees who have yet to receive their copy. So perhaps this will prompt some of you who have not yet managed to decide whether or not to attend EC to make the decision to participate in the premier VTES event of the year.

We will have lists of people who have already received their copy during the GP tour but if by some mistake you are offered a second copy, please be honest and decline it so that as many people as possible will get their copy (for example, the permanent fixture at each GP, Martin W, would be receiving his sixth copy at Paris, but the gentleman has been kind enough to decline the offers of additional copies when mistakenly offered a new one at some GPs. Outstanding show of character, Martin!)

Unfortunately my contact works for just Ultra Pro Europe so the deal sadly only covers Europe. But hopefully this continuous support from them, as well as the influx of new products from Black Chantry and regrowth of VTES will prompt Ultra Pro to produce actual regular selable product for VTES to the benefit of the playerbase all over the world!

Later this year I'm hoping to negotiate a similar deal for next year with our kind and generous sponsor Ultra Pro so we will have something for next GP season as well. With the VTES Art Director we've already been doing some very preliminary and minor brainstorming regarding possible next year's artwork. Do you have any ideas? 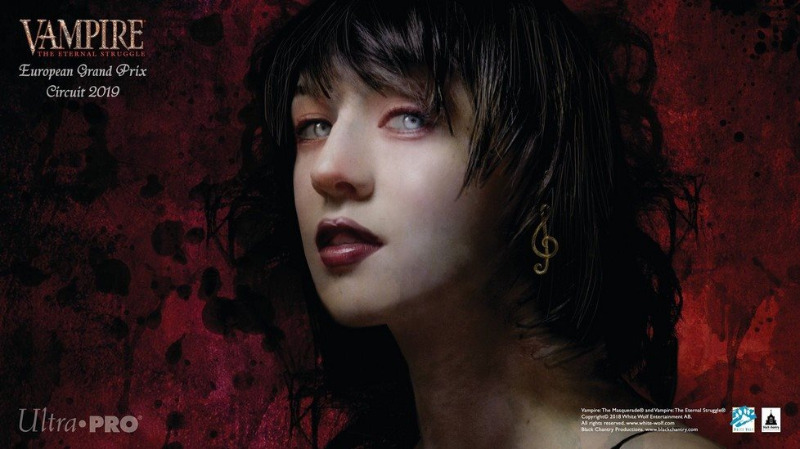 Ankha wrote:
It should be. Email us for instructions.


Managed to pay with credit card. Italy will be there!