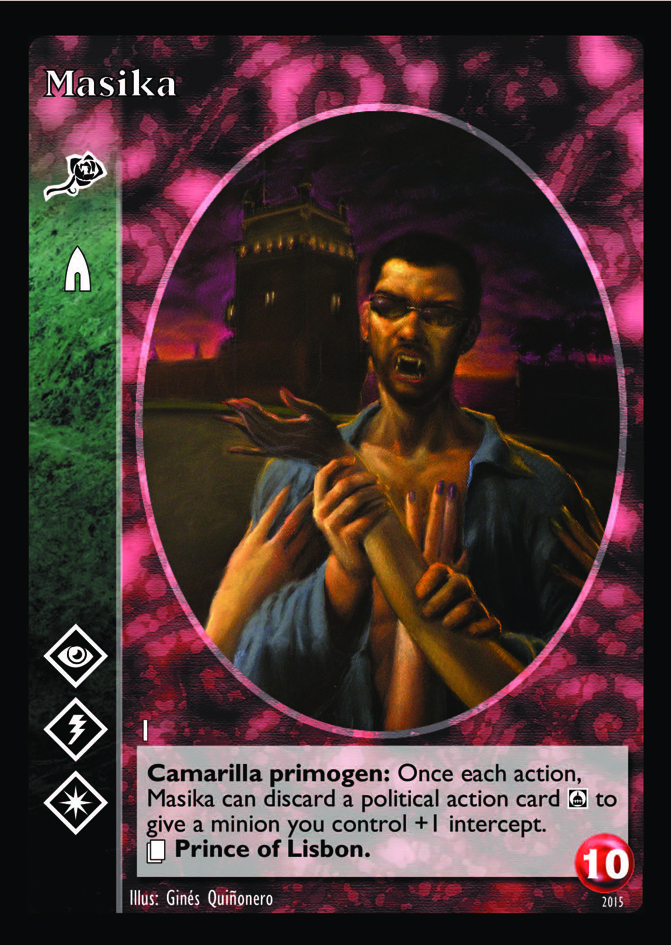 Legal for Tournament Play: May 16, 2015
This is the final card from the Storyline Rewards 2015 mini-set. It was held from the main release as we were still waiting for its artwork. The previous artist assigned to this card ran to unforseen complications, so Ginés Quiñonero stepped up and got the artwork done.

As for the card itself, it is the Advanced version of Masika. The card's origins start in a storyline event in Lisbon, Portugal in May of 2009, regarding the conflict in the power vacuum that appeared after Monçada's final death:

https://sites.google.com/site/storylinelisboa/home/aftermath
This storyline continued in the Friday 13th Storyline at the 2009 EC, where Masika was rewarded for his assistance of the Tremere by being granted the domain of Lisbon: