Welcome to the VTES Artwork Database!

This project was first started 8 years ago (February 2004) and during its early, formative years it was kindly hosted on the VTES in LA website. The database slipped into torpor for a couple of years, but now it is back, better than ever! We have now migrated to the new VEKN website and are in the process of updating the listings.

*** Everyone else: Please support the artists for all their hard work, give credit whenever it is due, and buy plenty of their artwork, sketches, and prints!

1/14/2012: The VTES Artwork Database officially goes live (with a public announcement on the VEKN home page)!

1/10/2012: VTES Artist Ken Meyer, Jr. has just published a book ("Into the Crimson Light") about chis vampire type work, which includes tons of VTES and related images. You can order it online or directly from him (in which case he will freely sign it, and for a nominal amount he can even do a small sketch inside). If you order it separately, you can still get it signed (or with a sketch) if you mail it to Ken with return postage. In addition, Ken also has a few original VTES pieces left and some color art from the 20th Anniversary Vampire the Masquerade book and other color PDF releases. Please contact him if you are interested: 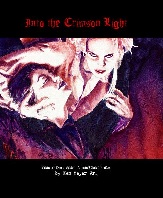 1. Update the list (I'm first contacting people listed in the old database, to make sure their information is current)

- 40 people have responded so far (out of 64) for a 62% response rate (don't have current contact info for some people, so if you haven't heard from me, e-mail me!)

Â  - I've already reconnected with one artwork owner (with 50+ pieces) but it is going to take some time for him to re-inventory his collection. So another 50+ are accounted for, but are going to need a bit of time before they are formally verified.

3. Make it searchable (requires help from a developer)

Welcome to Vampire: Elder Kindred Network (V:EKN), a community-based Vampire: The Eternal Struggle (V:TES) site that is your #1 source for V:TES-related news and information on the web! Before you start posting here, please take some time to acquaint yourself with our Forum Rules and Guidelines as listed below.

When posting on V:EKN, it's important to always be polite and use common sense. Respect others as you would in real life. If you're doing something that wouldn't be acceptable if the person you're talking to were sitting at a table with you, chances are it also isn't accepted on V:EKN.

In addition to these forum-wide rules, each subforum may have its own rules posted at the top of that forum. Each subforum may also have specific exceptions to the general forum rules. Please read those rules before posting in a subforum.

V:EKN has a number of rules that when broken will result in you receiving an Infraction or a Warning from one of the V:EKN moderators and your post being deleted or edited. Depending on the severity of the offense, you may receive a Warning instead of an Infraction. Warnings are meant to help you desist from your current undesirable course of action and don’t count towards more serious punishments like suspensions and bannings. If a moderator gives you a Warning, you will receive a private message giving you the heads up about the Warned post and why you should stop posting like that.

If your post broke the Forum Rules severely enough, you might receive an Infraction. These Infractions are serious penalties that stack up and may lead to you getting suspended or banned. If one of your posts is deemed problematic and you get an Infraction for it, you will receive a private message letting you know about the reason behind the Infraction and why you need to avoid making such posts.

1) Burdens the thread of conversation.
2) Is not clearly relevant to the current topic.
3) Represents a willful attempt to act as a general nuisance to the community as a whole.

"Flaming" is a broad category consisting of various forms of malicious attacks directed at another person. Flaming can consist of, but isn’t limited to, racism, sexism, trolling (attempting to get another user to flame you), derogatory statements, inappropriate language, or other forms of communication that lack the manners and decency needed when posting on this forum. Flaming is not allowed in posts, signatures, avatars, locations, custom titles, etc.

Signatures may include only one non-animated 600x100 or 450x150 block of image, not including smilies. Any secondary banners, even if they are in spoiler tags, will be removed. Signature text should be kept to a reasonable length. Excessive amounts of text, links, quotes, empty space, etc., should either be put inside spoiler tags or moved to an extended signature thread (Max Length: 400 characters/ Max Lines: 4). Avatars cannot be larger than 100x100 pixels and if animated must not be excessively fast or flashing.

Please do not post two times in a row on the same topic. Instead, edit the post using the button to add to the first post or the button to respond to several posts at once. Bumping a thread without adding content is not allowed. Also do not post on old and inactive threads which have effectively died and have dropped to the bottom of the forum page or beyond. ("necroing").

Certain words will be turned into asterisks (*) by the forum software. Do not attempt to get around this by altering the word slightly or inserting an asterisk of your own. If "gris" were a banned word, "gr*s," "gr1s," and "grris" would all be examples of censor evading.

If you see a post or thread that breaks the rules, contact the forum moderator. Don't lecture the person about their broken rule, don't say "This thread should be moved to ____," just report the post and be done with it.

Continuous bad grammar, "text speak" or bad spelling in posts will not be tolerated. If English is not your first language and you use some words or grammar out of place, or you occasionally make mistakes don't worry. Only members who consistently make no effort to communicate clearly will get an Infraction.

All posts must be made using fonts and colors that are easily readable on all available forum skins. Posts containing hard to read or invisible font will be edited to be more readable and the poster can be infracted. On the same note, any content violating the forum rules in invisitext is treated the same as a violation not in invisitext.

Note that certain text colors show up differently on the various "skin" options the site has. Please try and ensure that they're visible in all the variations.

Chat with VTES players around the world. #vtes is a SorceryNet channel you can access as follows:

If the client doesn't load you can try Mibbit.

Note: The traffic in this IRC channel has dwindled over the last few years and you may find more lively chat on other platforms. You may find some ancient guardian Methuselahs there who can direct you elsewhere, or ask around on vekn.net or the facebook groups.